Statistics Canada’s recent survey of investment intentions[1] revealed that total investment by Ontario businesses and public sector institutions is expected to edge down by 0.1% to $69.5 billion in 2016. This follows two strong consecutive increases of 11.5% and 9.6% in 2014 and 2015.

The small decline in Ontario private sector capital spending predicted by the Statistics Canada survey contradicts the consensus view among economic forecasters that business investment, along with international exports, would be primary drivers of economic growth in 2016. 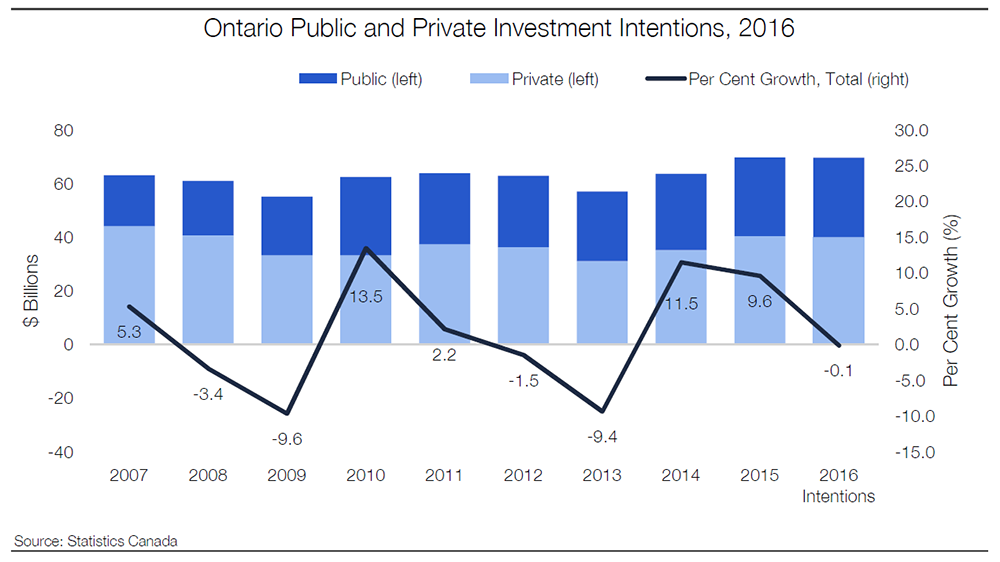 In Ontario, private investment has yet to recover to levels recorded prior to the 2008-2009 recession, despite strong gains in 2014 and 2015.  However, unlike the rest of Canada, recent strong gains in public sector investment have been enough to offset lower business investment, resulting in record high levels of total investment in Ontario.

Ontario manufacturing investment is anticipated to decline by 8.0% in 2016, following strong gains averaging over 20% the past two years. The solid gains in manufacturing investment over the past two years were focused in the auto sector as auto-assembly plants re-tooled production lines. With the re-tooling completed, auto sector investment is expected to drop by one-third to $2.1 billion in 2016 from $3.1 billion in 2015.

Expected gains in investment in 2016 will be concentrated in the service sector, with retail sector investment expected to rise by 10.3% and transportation & warehousing slated to rise by 7.5%. 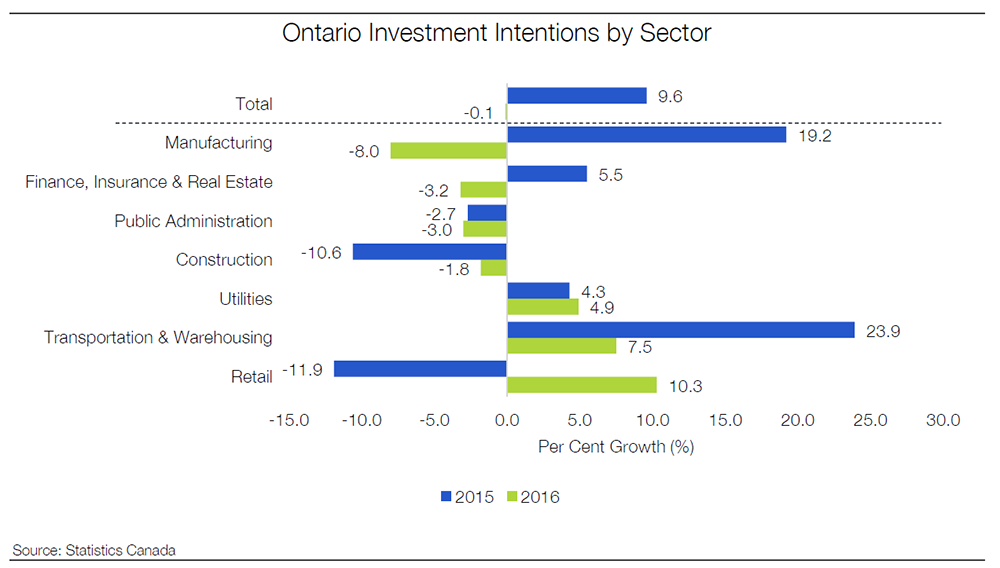