Posted in: Taxes and Other Revenue

This backgrounder provides a partial list of changes to Provincial service fee rates planned for 2016-17. It also includes a discussion of the growth rate of service fee revenue and questions legislators may wish to ask the government. 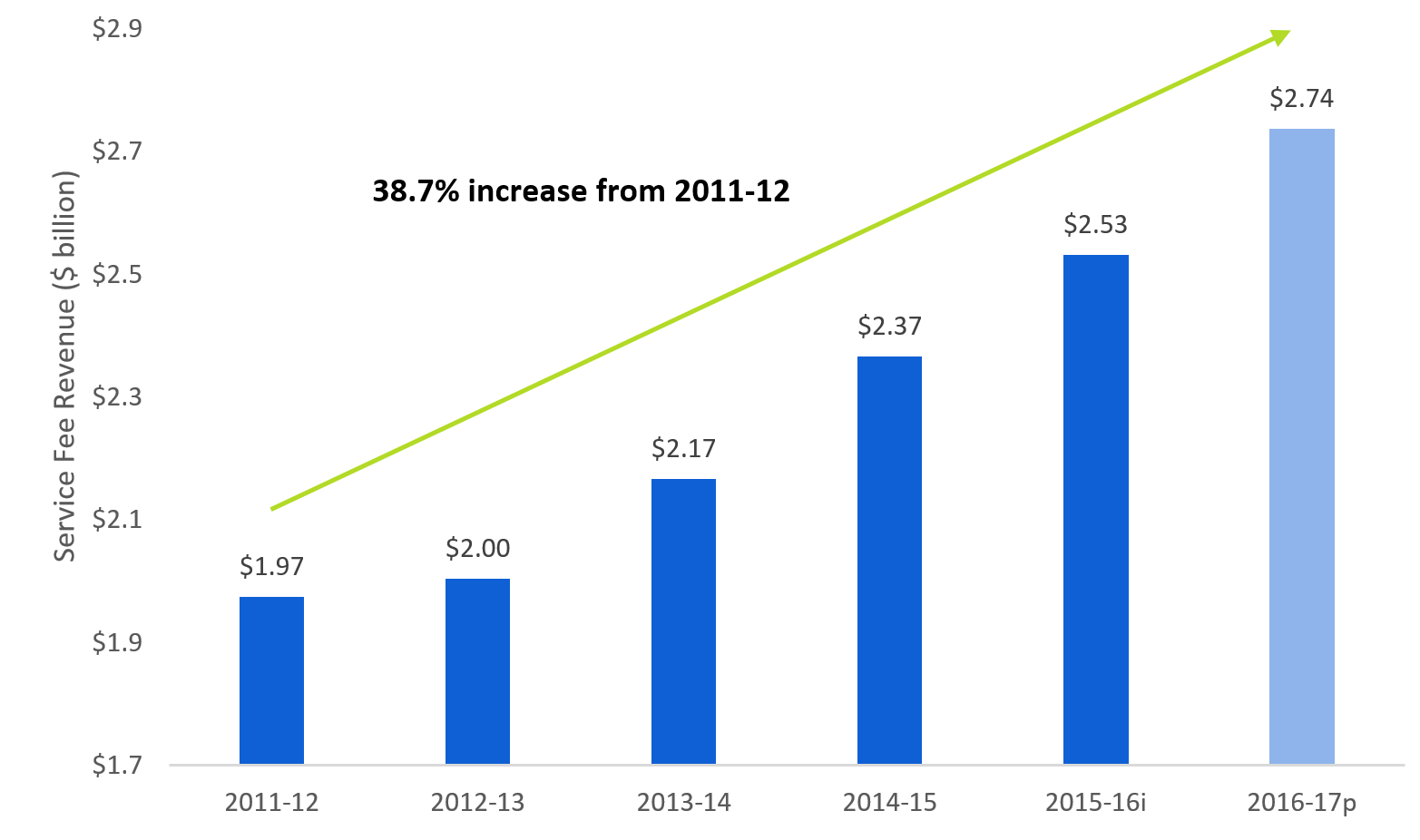 Why is Service Fee Revenue Growing so Much?

Lastly, it is worth noting that increases to service fee rates are constrained by law. A service fee can be considered unlawful, and as a result repayable by the Province, if the amount charged is excessive and does not have a reasonable relationship to the cost of the service being provided.[11]

The 2016 Ontario Budget made two additional announcements regarding service fees:[12]

The 2016 budget did not include details on which service fees it would adjust for inflation, or how much new revenue the Province would generate starting in 2017-18.

The 2016 budget provided little detail on the objectives of the review of all service fees. The budget did note that the review would identify and eliminate fees “that do not align with government priorities.”[13] The budget also noted that the review would “identify additional opportunities to update fees to remove hidden subsidies while ensuring potential impacts on vulnerable Ontarians are considered.”[14]

Legislators may wish to ask the government a number of questions about the Province’s service fees: